WAMFest 2016
I had the great pleasure of contributing to an amazing series of events for the local music scene by working with WAM (West Australian Music) to produce the visual identity of their 2016 music festival WAMFest. I created illustrations, posters, print programs, social media posts and CD packaging for the festival, as well as accompanying artwork for the educational and networking event WAMCon, and designing some much coveted industry awards for the WAMAwards, which honours excellence in the music industry. 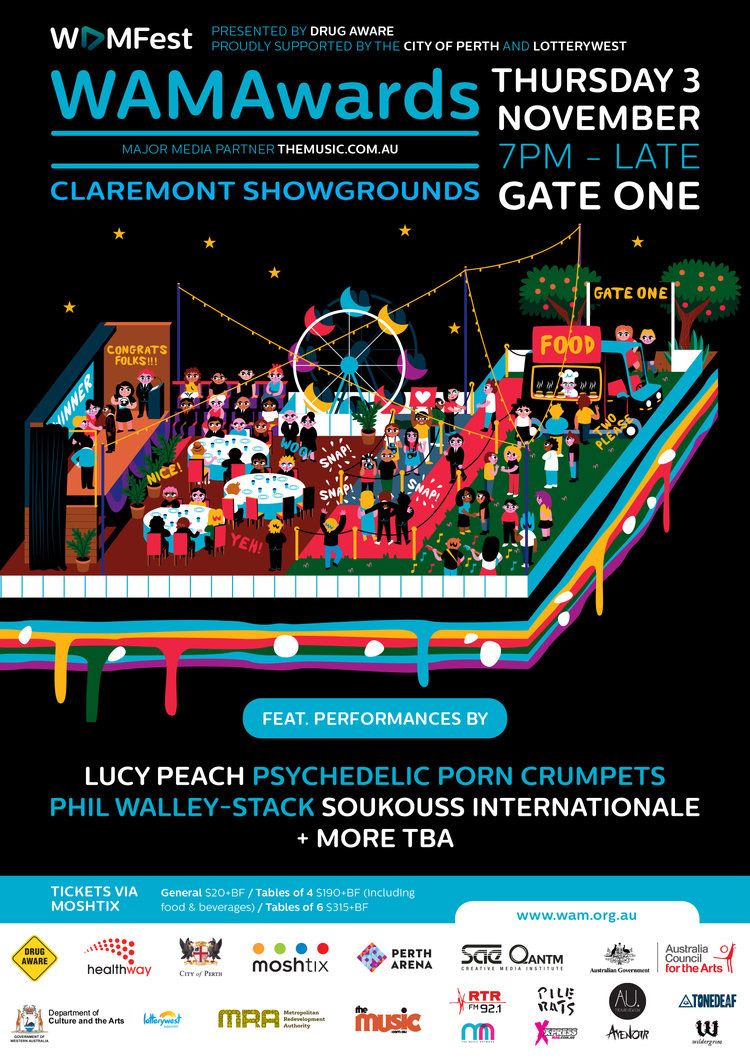 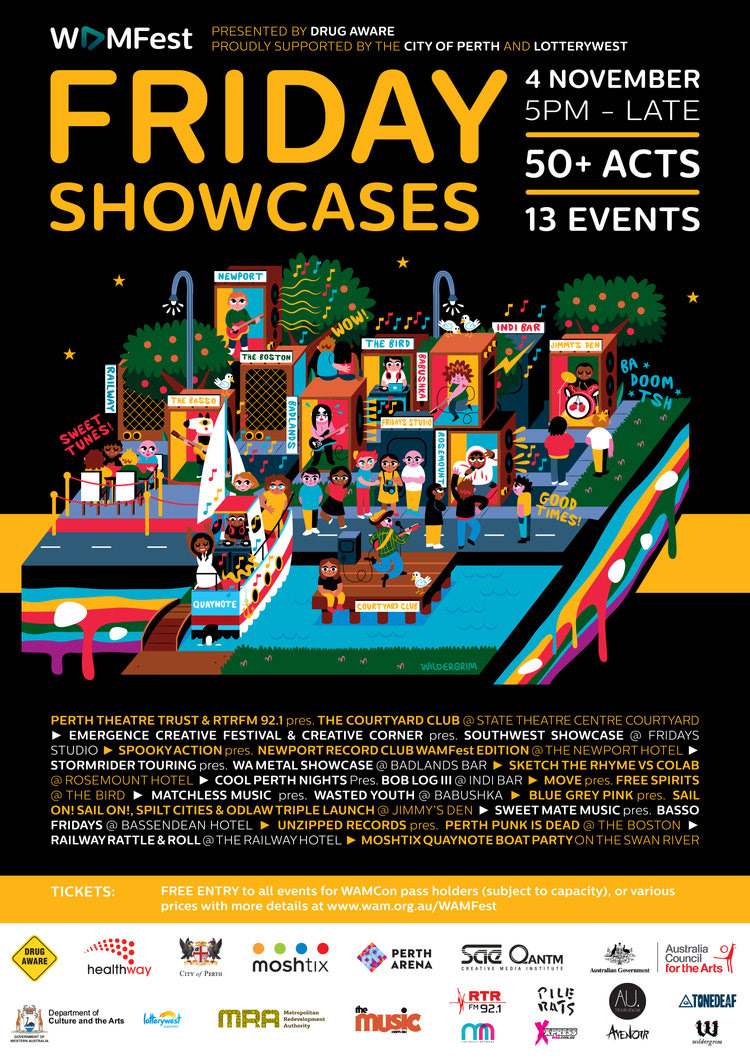 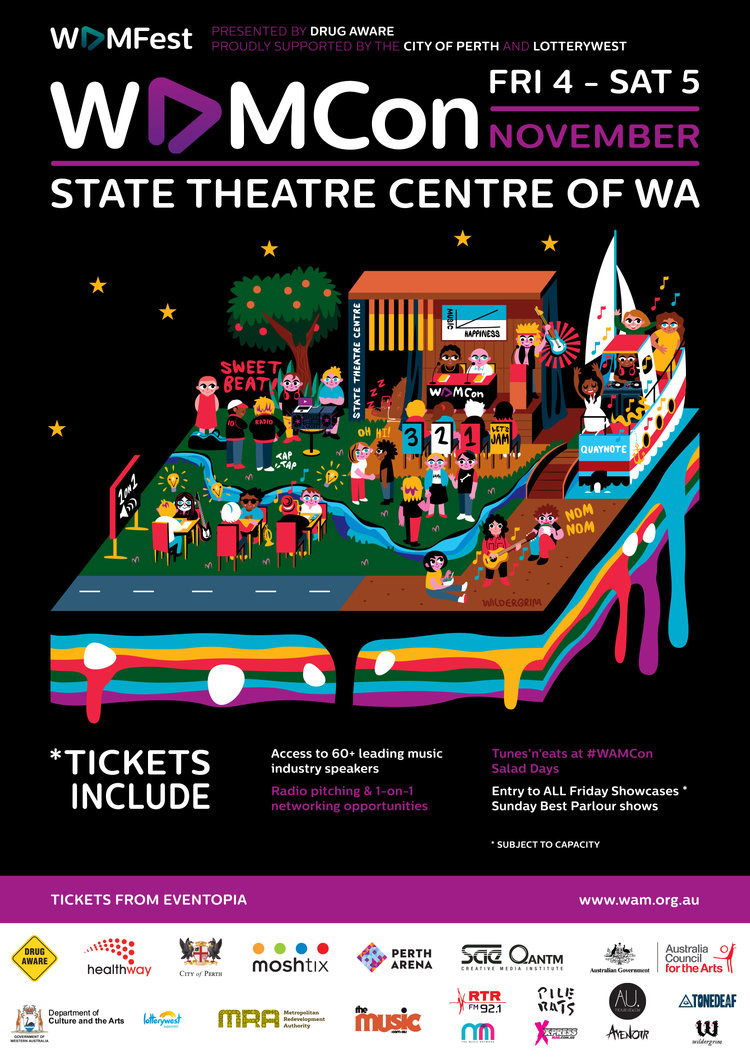 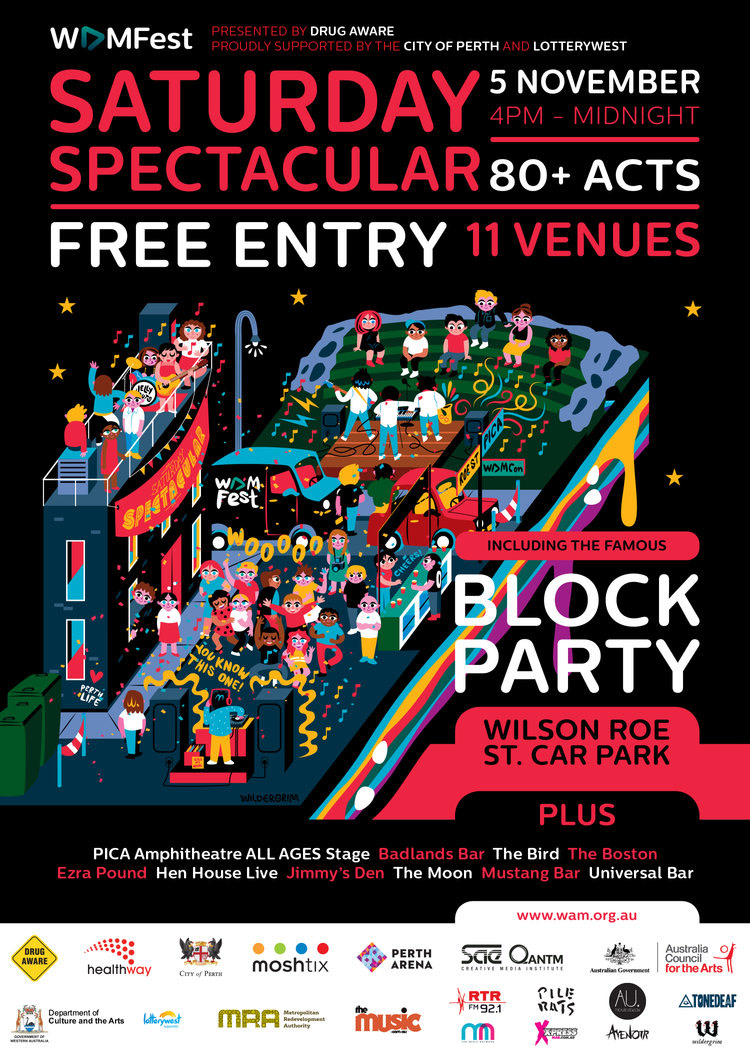 The concept behind the artwork was to create a series of floating islands that incorporated each day of WAMFest and could be connected together to form one big landmass (after some development it became more of an island/juicy-musical-cake hybrid!) The days are depicted as a microcosm of all the activities that comprise them in reality. For example WAMCon included lectures at the State Theatre of Western Australia, one-on-one advice sessions, lunch and social activities, and radio representative pitching sessions, and these are all depicted in a simplified way while still capturing their essence and energy. I also had to address each day in a unique way, but keep within WAM's established brand colours and fonts. It was my aim to actually demonstrate to the audience (some of whom would have been be unfamiliar with the events) what is actually involved in the festival and just how much fun it would be! 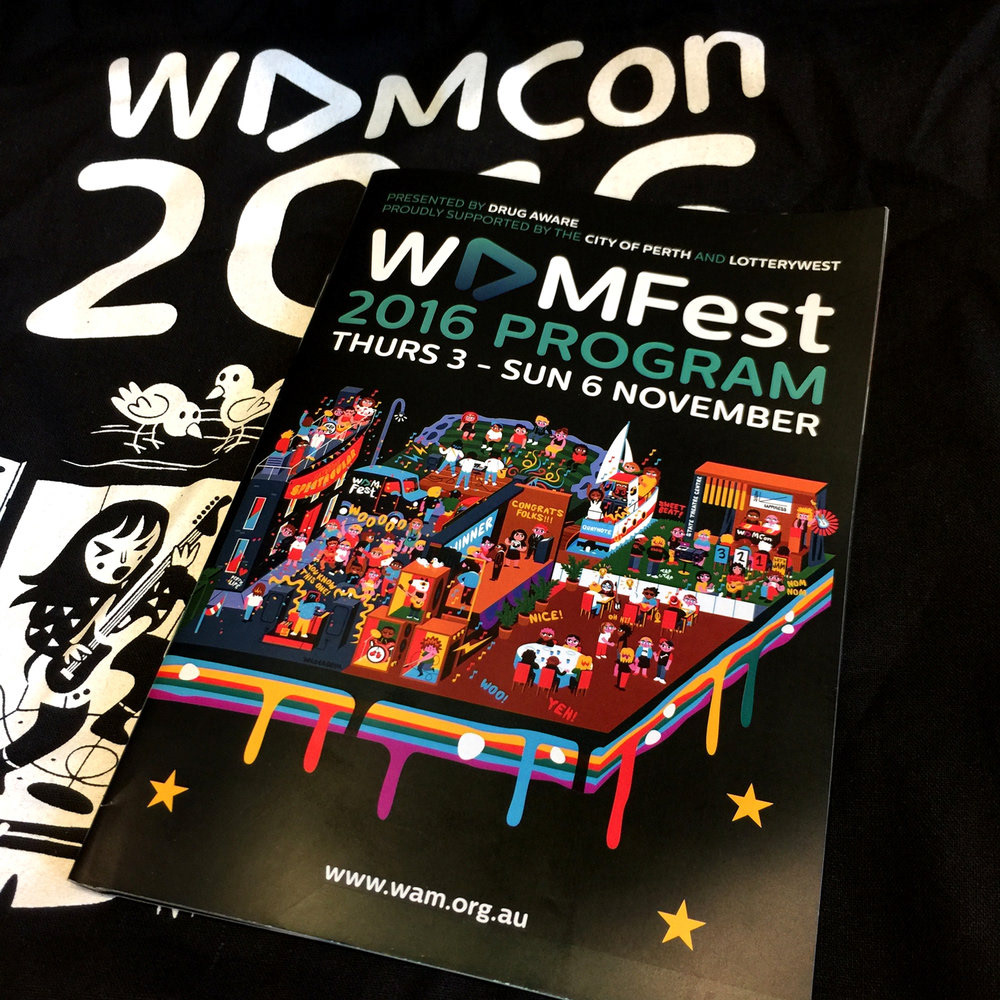 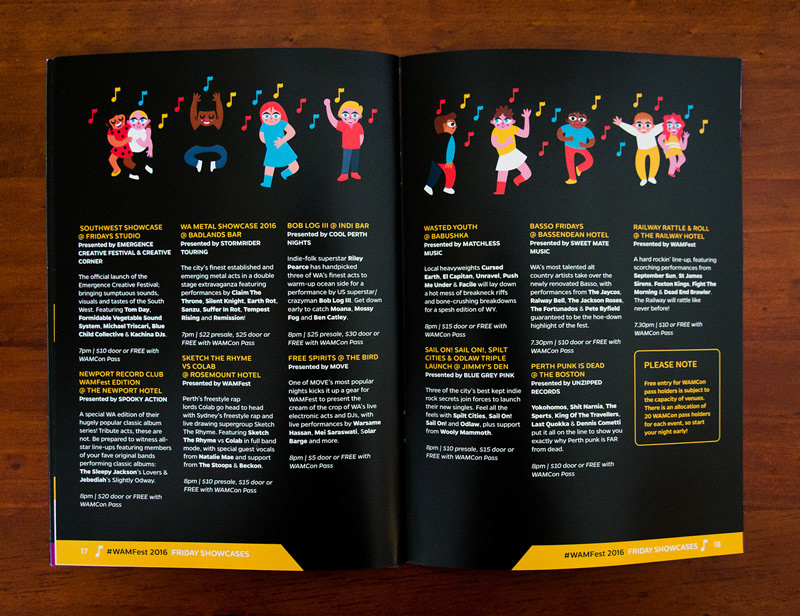 The Before And After
While the illustrations for each day mostly appeared separately in the various applications I produced, it's satisfying to see the difference between the initial concept sketch and the final, complete island - ultimately it is one of the most detailed pieces of artwork I have ever completed! 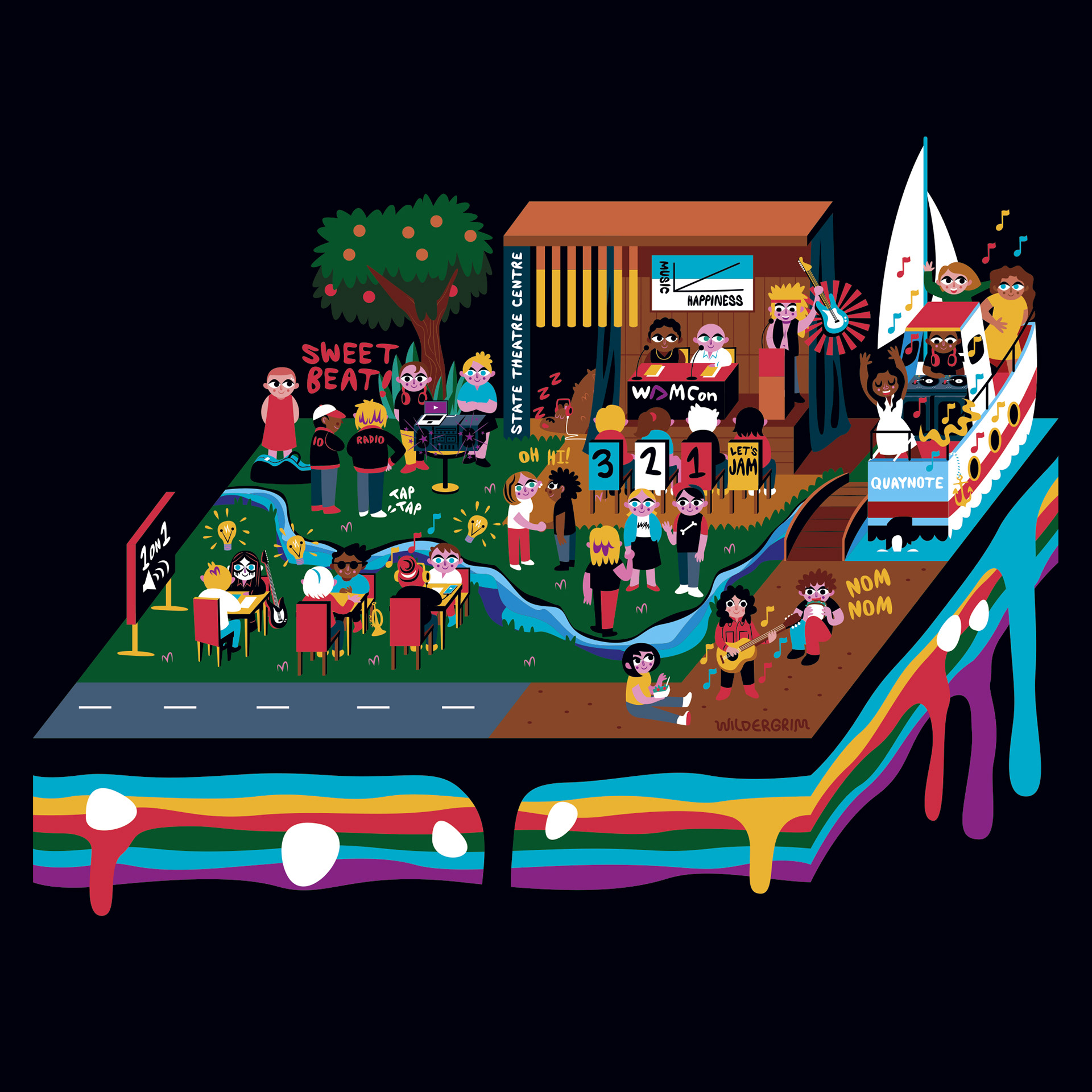 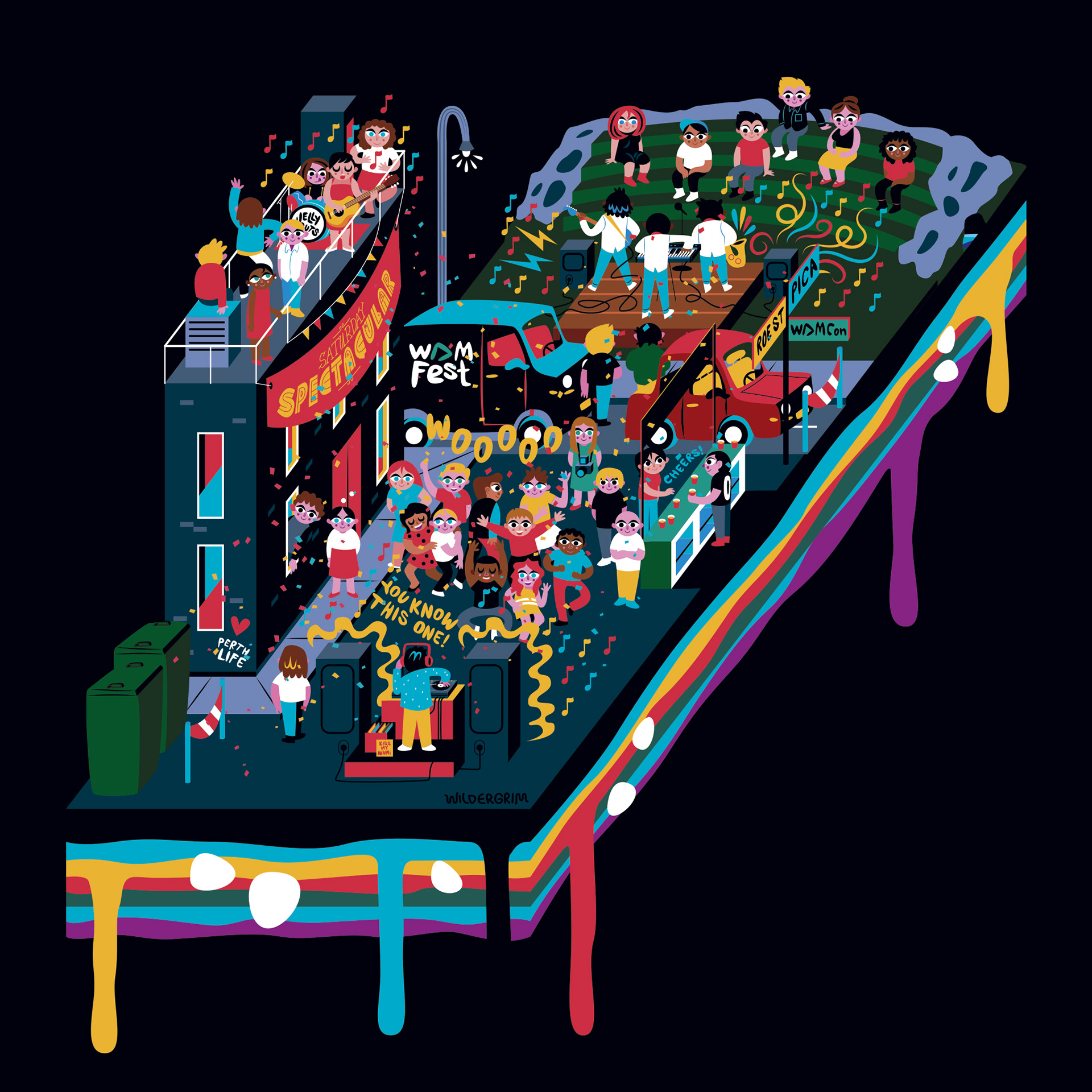 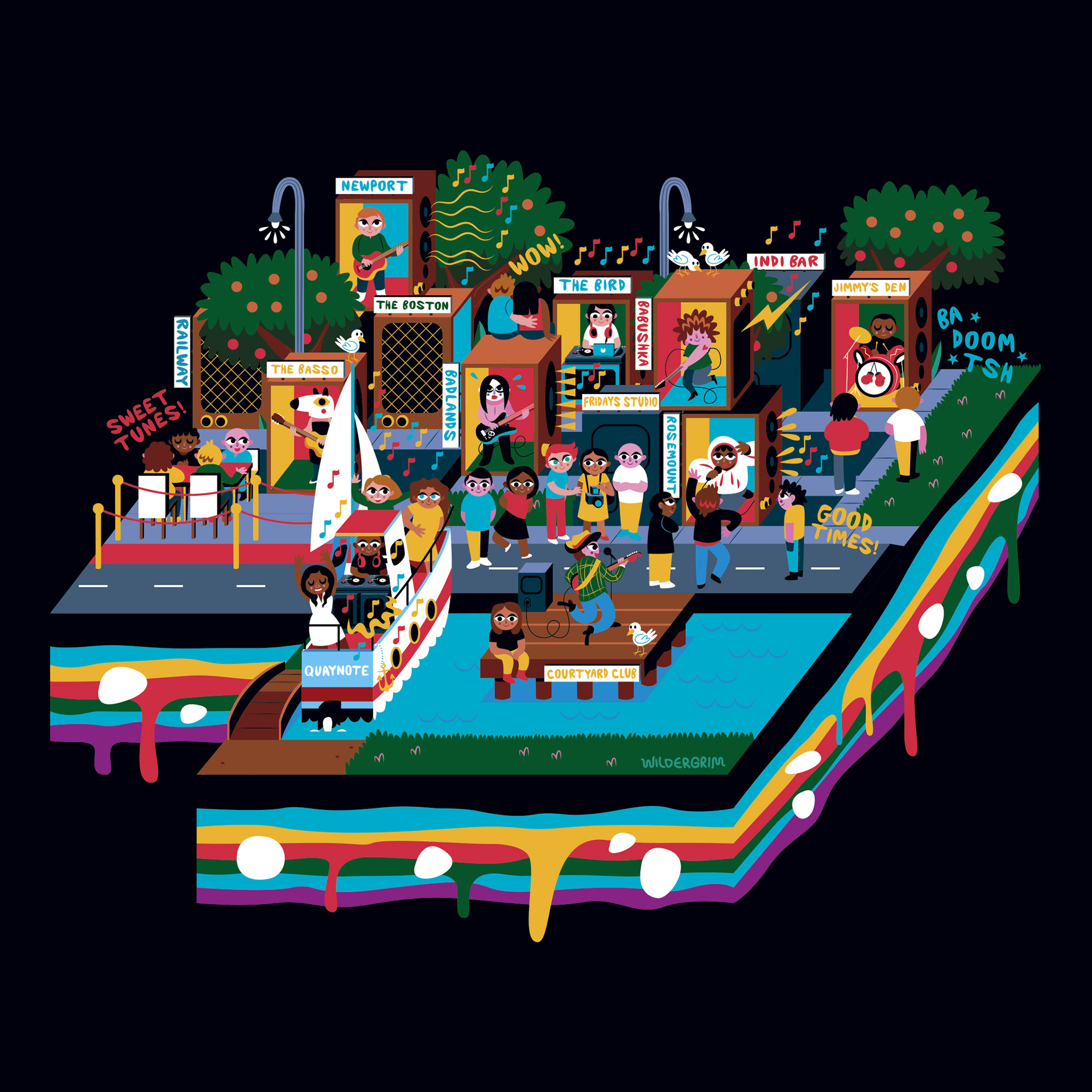 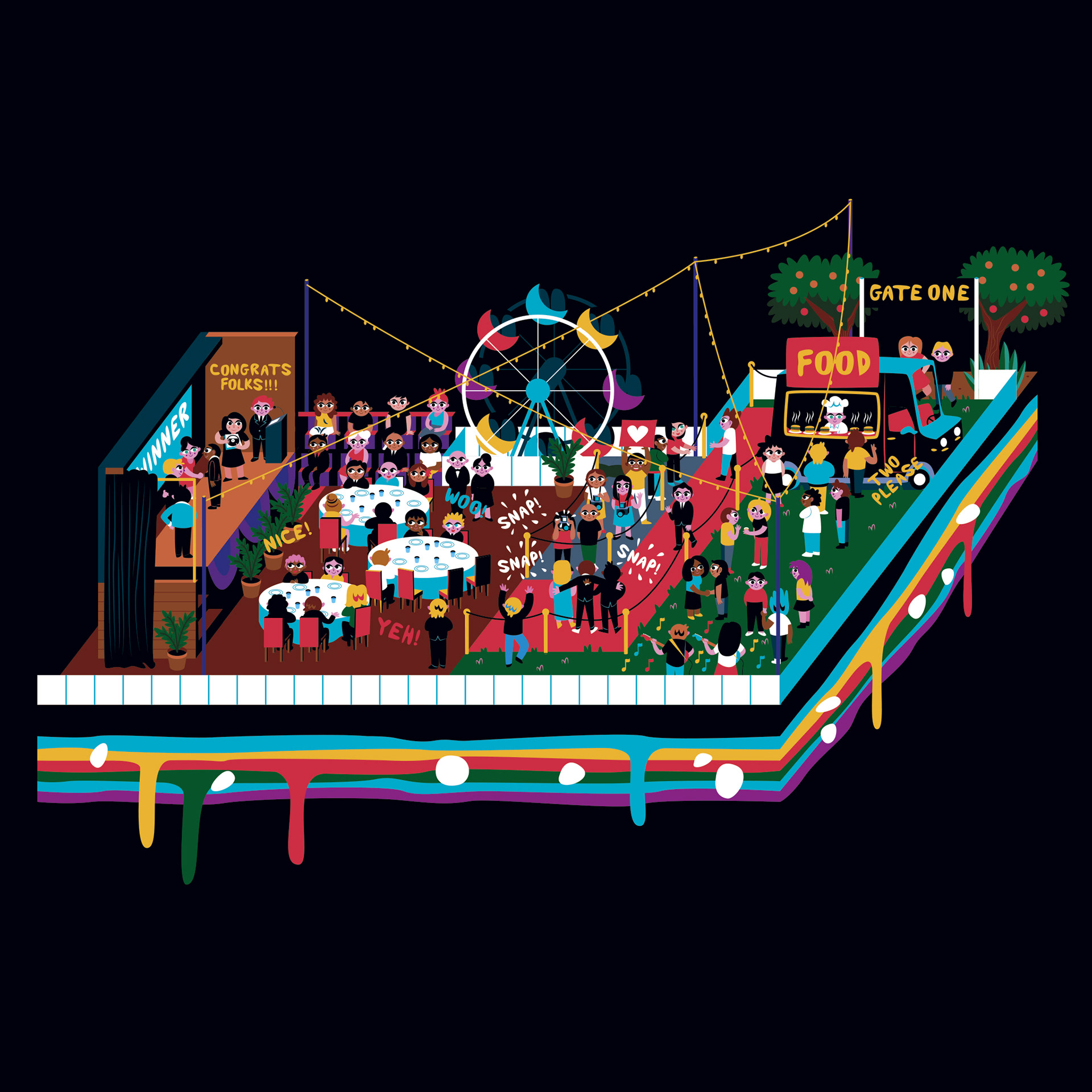 People No.1
↑Back to Top

Insert copy here, which should vary depending on your region. Accept